On May 9 at 1:50PM, Northern Sunrise County Protective Services were dispatched to a vehicle fire in the hills west of the Twelve Foot Davis Gravesite. Due to very strong winds, the fire spread into the surrounding grasses and bushes. Crews from the Peace River Fire Department, County of Northern Lights Fire Department and a helicopter from Alberta Agriculture and Forestry were called to assist.

The fire was contained at 3:30PM and extinguished at 7:25PM. A total area of 3.4 hectares burned. No structures were impacted, and no injuries are reported.
The fire was investigated by the Office of the Fire Commissioner and was deemed to be suspicious. The Peace Regional RCMP will continue with the investigation. 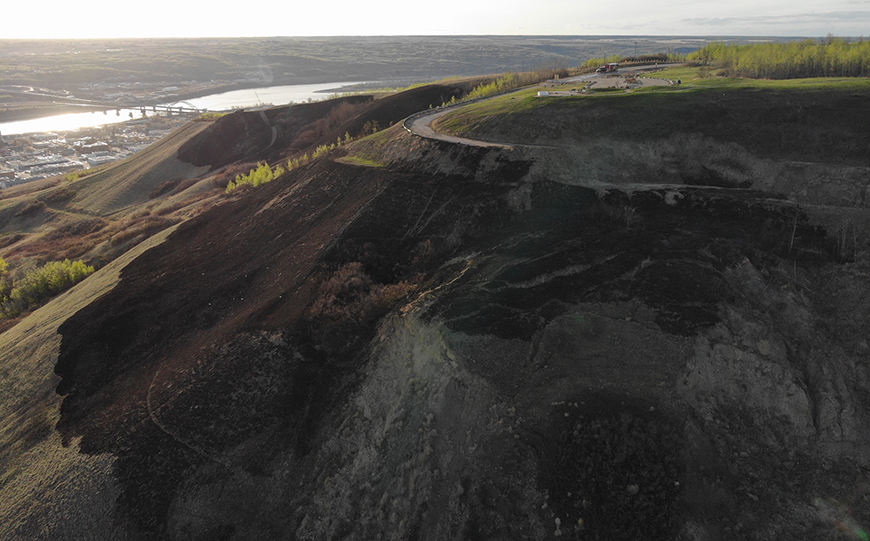 Firefighters from Northern Sunrise County, the Town of Peace River, and Alberta Agriculture and Forestry are responding to a fire on the East Hill of Peace River.

At approximately 1:45pm a call was received regarding a pickup truck on fire near the 12 Foot Davis gravesite. Firefighters responded, however, the fire spread to the nearby grass starting a grass fire. That fire is being held. Helicopters from Alberta Agriculture and Forestry are bucketing the edge of the fire to keep it contained.

No structures are threatened at this time, the public is advised to avoid the area.

Updates will be shared when more information is available.