(Pictured above: Mayor Tom Tarpey, Deputy Mayor Elaine Manzer, Councillor Johanna Downing, and Councillor Colin Needham cut the ribbon at the official opening of the new reservoir 365 in Peace River. They were joined by members of Town Staff, as well as the engineering and construction teams involved in the project.)

Today the Town of Peace River celebrated the official opening of the new Reservoir 365.

This is a significant moment for the Town of Peace River in our infrastructure renewal program. Reservoir 365 provides a vital link in the provision of clean drinking water and fire suppression in the South End of Peace River.

The original reservoir began its life almost 50 years ago as a wooden reservoir, it was later upgraded to a water treatment plant. However, after the completion of the Shaftesbury water treatment plant in 2013 Reservoir 365 became obsolete. The old one was decommissioned this summer and replaced with a new one.  The new Reservoir also:

The Town of Peace River is grateful to the Province of Alberta who provided $2.7 million in funding from the Province’s Municipal Water and Wastewater Partnership program to help make this vital project come to fruition.

“This Council, and the previous Council, made a commitment to renewing and rejuvenating Peace River’s vital infrastructure. Replacement of Reservoir 365 is yet another successful example of that commitment. It is really the final piece that pulls together the south end Neighbourhood Renewal Program. I also want to thank a true friend of this community, our MLA Dan Williams, for securing key financing for Reservoir 365. Now it is onto the Neighbourhood Renewals in the downtown residential area and the north end.”

“Access to safe water is incredibly important to the viability of our northern communities, so the grand opening of Reservoir 365 is welcome news for the Town of Peace River. I was happy to work with the Town, and want to thank Alberta’s government for providing the $2.7 million grant, and I’m happy to know that residents will have reliable drinking water for years to come as a result of this investment.” 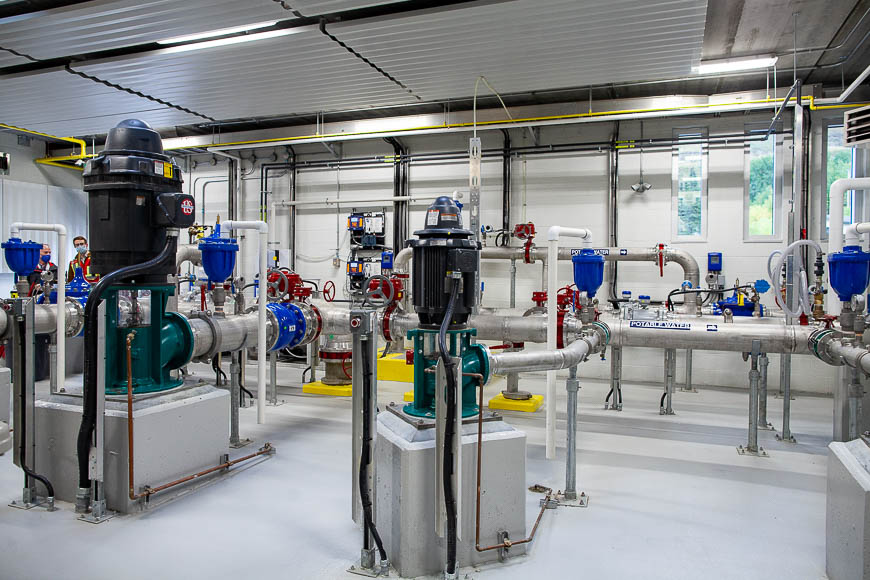