The “Sixties Scoop Indigenous Society of Alberta” (SSISA), in partnership with the Government of Alberta and the Legacy of Hope Foundation, is bringing the Bi-Giwen: Coming Home – Truth Telling from the Sixties Scoop exhibition to various Alberta locations. The first of its kind exhibit shares the experiences of survivors, including twelve personal testimonials of strength and resilience.

SSISA has launched a website and is working with Government of Alberta Departments and the Government of Canada to ensure that appropriate programs and services are available to Sixties Scoop survivors in Alberta.

In May 2018, Premier Rachel Notley delivered a formal apology for past practices that lead to the removal of Indigenous children from their families, resulting in a loss of culture, identity and connection to their communities. The effects of the Sixties Scoop are still felt by survivors and their families today.

“The Sixties Scoop Indigenous Society of Alberta (SSISA) is proud to bring this exhibit to Peace River that describes the powerful and emotional stories and devastating impacts of Sixties Scoop in Canada. We are grateful for the ongoing support of the Government of Alberta and the partnership with the Legacy of Hope Foundation, as we showcase this exhibit throughout Alberta. The exhibit is an opportunity to share and educate Albertans about the history of Canada’s Indigenous people in relation to the Sixties Scoop”.

The Sixties Scoop refers to government practices across Canada from the 1950’s to the 1980’s that led to an unknown number of First Nations, Metis and Inuit children taken from their parents, families and communities by child intervention services and placed in non-Indigenous families. Many of these children experienced abuse, mistreatment and neglect and lost touch with their families, communities, culture and traditional language.

The Sixties Scoop Indigenous Society of Alberta (SSISA) is a non-profit society formed to represent survivors in Alberta, create dialogue and engagement and develop true reconciliation. Board members include representatives form Treaty 6, Treaty 7, Treaty 8, as well as Inuit and Metis representatives. As survivors themselves, SSISA members are committed to raising awareness and supporting other survivors.

Between January and March 2018, the Government of Alberta worked with SSISA to conduct engagement sessions across Alberta. The sessions provided an opportunity to listen to survivors and empower them in a respectful and inclusive engagement, which formed the Premier’s apology. 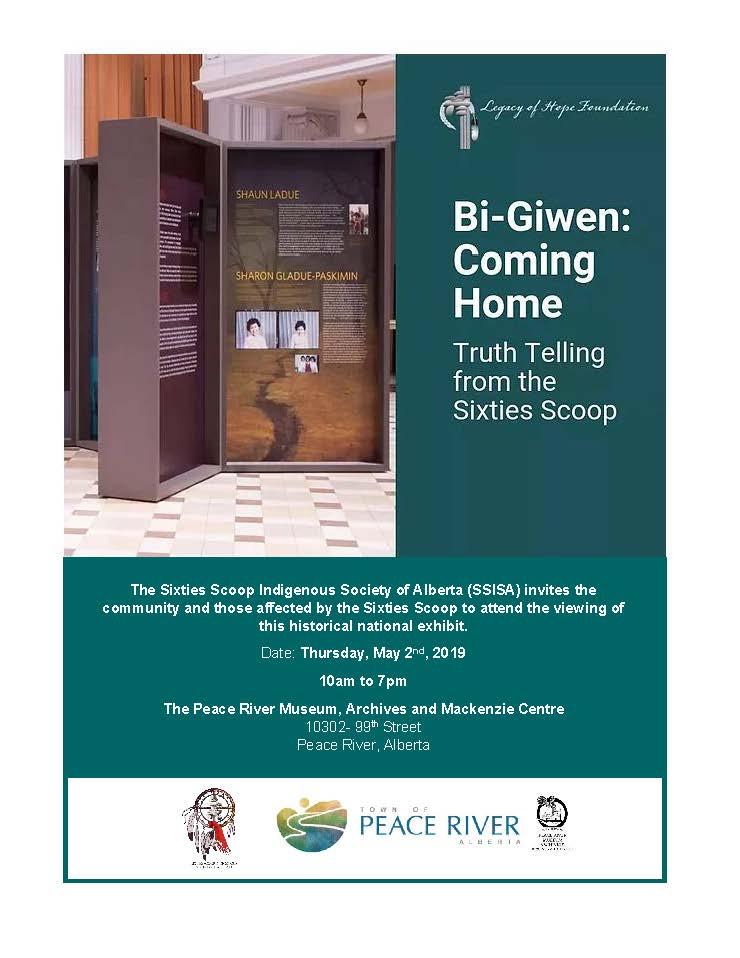